Hmm, my stockpiled randoms are building up, there’s been a lot of randomness around the world of late, good job it’s that time of the week again, eh?

1. A subject near and dear to my heart, the local traffic insanity…  Seriously, people lost their ever-loving minds on Monday in the morning rush hour!  I was heading up to the much previously maligned traffic lights at the junction to the motorway to find the traffic backed up almost to the junction where I turn onto the road that links to the motorway.  Cursing that there may have been a footie match that had thrown the timing out again, meaning 3 cars through each turn of the lights, I was surprised when everything started moving heading in our direction and clearing quite quickly.

All was revealed when I found a member of the local polis directing traffic at the next lights, whereupon we were all shepherded onto the motorway going the wrong way.  Argh!  I had to go down one junction and then loop back because someone decided to try and take on the bridge supports and lost…  Then as I got onto the M8 merge, I saw another bunch of neenars at the end of the Kingston Bridge, and my boss said there was a big crash at his junction too.  Monday morning madness at it’s worst!  Mind you, they weren’t much better on Tuesday, it was just near misses then…

2. Now the health police have been banging on for years about the need to consume 8 glasses of water a day (which I always thought was rather odd advice, given a glass can hold anything from a shot to a pint) or 2 litres of fluid, and the sports drinks companies really leapt on the bandwagon because, you know, their fortified stuff was soooo much better than water.  Unfortunately for them, scientific tests have shown that a) you don’t need to replace fluids you’ve sweated off in exercising (they got a bunch of cyclists riding round the Aussie outback deserts to work that one out) and b) you only need to drink as much as you’re thirsty for, any excess you’ll pee out, and if you’re thirsty then, well, drink!

3. Harking back to my little jaunt to the Alps a few weeks ago, I observed that most of the local shops seemed shut on a Sunday.  “Yes, well, it’s Sunday, the French don’t open on Sunday” I was told, which puzzled me, because they do in Provence, “Yes, but surely during ski season…” I started.  “Nope.”  Hmm, turns out the French have some weird and wonderful French trading laws, partly to do with tourist areas, and there’s a battle going on in France over whether or not the laws should change to allow more shops to open on a Sunday.  The French do love a good protest, so this might go on a while!

4. If you think shopping makes you happy, Sunday trading or not, then go and check out this article about the 12 things happy people do differently, and see if you can substitute spending for something else.  Maybe don’t give up the fabric just yet though ;o)

5. One journalist recently found happiness after she lost her iPhone.  Having thought it would be the answer to her every prayer, and do everything but the dishes, she found she was barely using all its capabilities, using it just to e-mail and Facebook people and take photos of her kids.  At her kids’ swimming lessons she observed that none of the parents were actually watching their little darlings, but were glued to their phones.

When she lost it a few days after seeing a video showing just how much iPhones were dominating people’s lives these days, she replaced it with a $14 very basic model that allowed her to only phone and text, and in fact texting bit the bullet fairly soon because of the limited number of characters allowed per message.  She started actually phoning people, scaring the wits out of them at hearing her voice rather than replying by text.  Now she’s happily listening to the sounds of the city, watching her kids actually play, and rather enjoying not being so attached to a device. 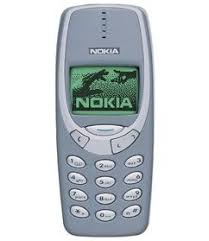 Linking up with my fellow Randomeers: